So, you’ve run through the list of coffee blends on the shelves at the grocery store, and you’re looking for something a little different.

You’re tired of early mornings where you just can’t seem to wake up, and it can take hours before you truly feel like a normal human.

The brands you’ve been trying just haven’t been working.

So, what can you do?

Try Death Wish Coffee, the strongest coffee in the world.

What is Death Wish Coffee? 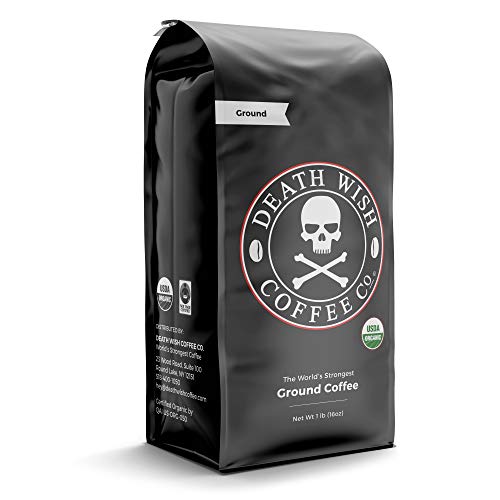 Death Wish Coffee was born in a small coffee shop in New York in 2012. According to their website, its creator, Mike Brown, saw a need for a strong yet delicious cup of coffee that he could serve his early morning customers.

He started experimenting with different types of coffee, roasting times, and brew strength, and came up with a smooth, full-bodied coffee that had twice the caffeine than a normal cup. He then began serving it to his customers, and it became a regular staple on the menu.

The company prides itself on creating a smooth cup of coffee using thoughtfully sourced, fair trade coffee beans that are organic.

Through their strict fair-trade policy, they only source coffee beans from areas where the agriculture isn’t supported by unfair labor practices that seek to take advantage of cheap labor worldwide. They know exactly where their coffee is grown and who grew it, ensuring that these laborers receive the benefits of this direct trade.

In addition to their fair trade policies, all of the beans they source are certified organic. This means that the coffee is grown without the aid of pesticides, insecticides and chemical fertilizers. This ensures that the soil remains full of nutrients and the crop doesn’t unnecessarily strip the soil of nutrients needed for the next season.

Many of these chemicals damage the environment in other ways, so by certifying the beans as organic, Death Wish Coffee is committed to reducing harm by not buying into that damaging practice.

One of the ways that Death Wish Coffee is unique is the way they source their beans. They are on a never-ending quest to produce the strongest cup of coffee. They source beans from all over the world in order to do that.

If the climate makes the crop they sourced from a certain area less strong the next season, they look elsewhere for beans that will make the cut.

The roasters at Death Wish Coffee believe that the type of roast doesn’t necessarily affect caffeine content, and therefore, focus on creative a strong, smooth flavor that is enjoyable. They use a mixture of Robusta and Arabica beans that are dark roasted to bring out a satisfying nutty flavor without all the bitterness. The Robusta beans add to the caffeine content, but also add an interesting twist to the flavor.

After testing the caffeine content of their coffee, experts reported that there is on average 59mg of caffeine per fluid ounce. This makes one cup of Death Wish Coffee more caffeinated than your standard shot of espresso.

For the groggy not-so-much-morning people, this is a great brand to choose if you need to wake up in a hurry.

In comparison with other coffee brands, Death Wish Coffee is pretty competitive. They offer their coffee in 1lb, 2lb, or 5lb bags that run from twenty dollars for one pound to eighty dollars for five.

They also offer what they call Death Cups, which are K-cup single serving coffee pods in their signature Death Wish dark roast flavor. Those packages start a sixteen dollars for a 10-pack and go up from there.

If you’re the type of person who loves to buy swag with your products, then you’ll be pleasantly surprised by their brand website. They offer a wide range of merchandise, from caps to bandanas to even a few pairs of socks that are affordable and well-made.

Our favorite items are the different mugs they have for sale.

They also offer a subscription program, The Society of Strong Coffee, that gives you 20% off coffee products and sends freshly roasted beans to your door on a weekly, bi-weekly, or monthly basis. You can cancel anytime and you’ll receive subscriber-only perks like exclusive deals and discounts.

If you’re the type to drink coffee every day, then the subscription program is worth the money. The discounts alone will save you a solid penny on each order, and the ease of ordering online for regularly scheduled delivery can’t be beat.

If you’re a coffee shop owner that is looking to stock up on Death Wish Coffee, then you can apply to their wholesale program, where they offer competitive wholesale prices. You need to apply first before you can place your first order, but the process is fairly streamlined and you won’t be waiting too long for approval.

In 2015, Death Wish Coffee won Intuit’s “Small Business Big Game” contest and was rewarded with a 30-second commercial spot during the Super Bowl. This catapulted the brand into the national spot light and grew their business exponentially in the years since.

In most reviews, customers comment on the freshness of the coffee and caffeine in each cup. Much of the public has used the review system on Amazon to tell outlandish stories about how the caffeine affects them, which a hilarious read if you’re interested in killing some time on the website.

In 2017, Death Wish Coffee issued a voluntary recall for their Death Wish Nitro canned coffee, due to studies that showed that the nitro brewing process could potentially cause botulin poisoning in the consumer. Death Wish issued a statement following the recall saying that they made the decision as a precautionary measure while they added a few more steps to their nitro production process.

“Our customers’ safety is of paramount importance and Death Wish Coffee is taking this significant, proactive step to ensure that the highest quality, safest, and of course, strongest coffee products we produce are of industry-exceeding standards – thus we are taking this measure of recalling all Death Wish Nitro Cold Brew cans from shelves. We apologize for the inconvenience this may cause our customers and our retail partners, but we believe this is the right precautionary measure to take,” said Mike Brown in his statement.

This setback, however, hasn’t caused the brand to take a hit.

They are still one of the most popular coffee brands in the United States, and continue to produce quality coffee for the caffeine addict.

Taking a proactive stance upon learning about the risks of their nitro brew process helped them keep the customer base they’ve been growing for some time.

Death Wish Coffee bills itself as “strongest coffee in the world,” and we tend to agree.

While you may be able to brew a good cup of another dark roast, you likely won’t be able to match the taste and strength of the brew.

For how strong this coffee is, it isn’t bitter. In fact, it’s almost deceptively smooth. The flavor changes and becomes more refined with each sip. It moves easily from a browned butter taste, to the taste of chestnuts and eventually into a nice pecan flavor.

This coffee isn’t too acidic, which gives it less of a bite than we thought it might, given its high caffeine content. The same goes for the heaviness of the drink. You would think it would feel heavy in your mouth, as is the case with some strong brew coffees – far from it.

Most reviewers revealed that it had the same body as a dry red wine. We tend to agree.

Try not to drink too much if you’re not looking for a case of the jitters. Most reviewers made it through their first two cups of coffee without too much of a physical reaction, but the third cup of the day introduced the most noticeable effects of the caffeine.

Drink too much, and you may begin to feel your heart beating. 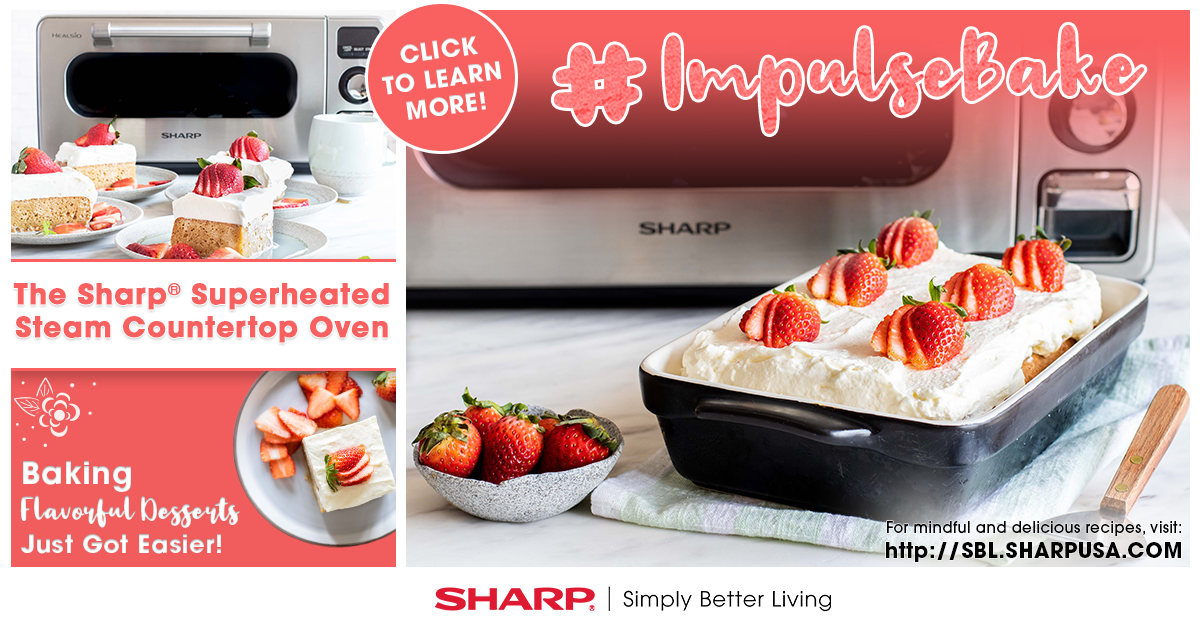 So enjoy it slowly. Trust us.

Since they roast (and grind, if you’re not buying a bag of whole beans) their beans the same day that they ship out of the bag to you, you can guarantee that you’re getting a solidly fresh cup of coffee from the moment you open the bag.

The aroma leaves something to be desired – it’s so strong that you can smell it before you open the bag. It doesn’t smell the best, but what it lacks in aroma it makes up for a smooth, nutty flavor.

In addition to their signature blend, they offer a Valhalla Java blend, which was created by Death Wish Coffee for legendary guitarist Zakk Wylde. It features a nuanced flavor profile that can be appreciated by even the most sophisticated coffee palette. It introduces a chocolatey side to its familiar nutty flavors, and its medium-dark roast adds a little extra oomph to what is already a great cup of coffee.

The Valhalla blend is noticeably sweeter than their signature blend, and much of their beans are sourced from Central and South America. You can find this blend online and in stores that carry it for same price. They also offer a cold brew beverage that is really quite divine.

This coffee is great for the coffee lover who already drinks enough to keep them going throughout the day. It has a smooth, satisfying flavor profile and packs enough of a punch to wake you up in the morning.

We do not recommend this coffee for anyone who may be sensitive to caffeine, has a heart condition that keeps them from consuming too much caffeine during the day, or anyone who might not want to risk experiencing the jitters when the afternoon rolls through.

It’s easy to drink too much of this delicious coffee, so be careful if you decide to buy a bag.

Take the time to enjoy each cup. You’ll thank us later.

If You’re Looking For A Strong Cup, Look No Further

It’s fairly priced, and made with organic, fair trade beans that are roasted on the day of your order.

If you decide to buy, be careful!

Too many cups and you may be up all night.